How To Build A DIY Raised Garden Bed On A Budget

There is no better time like the present to take control of your health and your food! Before the state of emergency even began, we had started creating a little urban homestead and living more sustainably. So when the state of emergency first began, we built our own diy raised garden bed on a budget. If you are anything like us, then cutting out chemicals and being able to provide nutritious healthy food for your family is a priority! Keep reading to find out how we built an urban garden with very limited space and how we are showing people how to begin homesteading, even if you do not have acres of land.

This site utilizes affiliate links. All this means is that if you click a link and make a purchase, I may earn a small commission at no extra cost to you.

Start Growing Your Own Organic Produce

This project was something that had been discussed in the past but we always would say that this property wasn’t ideal and we would wait until we had a country property.

Due to recent circumstances, however, we decided to see what we could accomplish on our in town property. We really need to be diligent about social distancing because of my compromised immune system. I am also gluten intolerant ( it causes severe pain, inflammation and gut issues) so we need access to fresh produce. Going to the store as often as we were was no longer an option and to be completely honest , my husband now does all of the shopping to limit my exposure.

We are also big fans of upcycling and because no one was working outside of the home due to covid , we were on a pretty tight budget. ( Crazy how things change when you lose a majority of the household income in an instant!)  We needed to do a lot of work to make this happen in time to be able to plant ( we were actually a little late with some of the planting but all of the plants are already flourishing.

Our property has several massive trees on it and the years have not been kind to some of them. So we bought a pole saw and an electric mulcher to trim them up.

I would recommend however, going for an electric saw trimmer , the type that we purchased requires a lot of manual sawing and when you have bigger branches to cut can be extremely tedious work)

This allowed us to cut back some of the branches to let in more light, trim away some of the dead branches and then turn all of the cuttings in to mulch. The electric mulcher was actually fairly inexpensive and has already paid for itself. We did not have to hire anyone to come and do the trimming , we did not have to pay someone one to come pick up the debris , and we saved a ton of money on mulch by making it ourselves. I cannot even begin to tell you how satisfying that is!

During the time we were trimming away branches and making mulch, we were out daily looking for skids that were left out at the end of the road.  It actually didn’t take too long for us to gather all the skids we needed to repurpose them for our beautiful new garden. The real work was done by my husband, cutting all of the skids and preparing them for the diy raised vegetable garden. (  details on the build will be posted shortly , along with a garden tour)

And of course we purchased some seeds to add to our already existing seed bank.

Having this garden will save us a lot of :

This Garden will save us further money and chemical exposure by being able to preserve our own foods, dry our own herbs for herbal medicine, herbal teas, dried herbs, infused oils and so much more.

I have my first harvest of feverfew and catnip drying naturally on the garden fence.

I love to hear from other gardeners, homesteaders and herbalists! Have a recipe to share? Or perhaps a garden favorite? Leave a comment below and let me know what you are growing this year.

Stay Safe & Have A Blessed Day! 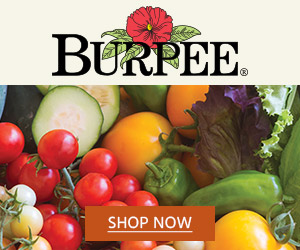 How To Decorate For Christmas Farmhouse Style!185 Total Shares

How To Save Money At Christmas – Including Easy DIY Gift Ideas To Save Big!152 Total Shares